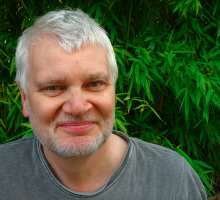 Alan Summers is the lead Call of the Page Tutor for haiku; tanka; haibun; senryu; and tanka stories. He is available to give focused and friendly support, advice, and feedback if you are looking for guidance on the following:

Alan has extensive knowledge and background as a one-to-one tutor, as well as a writers’ group workshop facilitator in both live and online settings, in person, on Skype or Zoom.  Please do ask if you would like Alan to help in any other areas that are not covered here.

We can normally schedule a Skype session within a week, and we also aim to get written feedback to you within a week if you have chosen this form of feedback. At busier times, feedback/Skype may need up to two weeks to be scheduled in, but we are usually quicker.
All feedback by Skype and/or email is given by Alan. Sessions can be booked using the links below.

Alan's Experience: (for a fuller profile, please scroll down the page)

Japan Times award-winning writer Alan Summers has been as an editor for anthologies and journals, specialising in haiku, tanka, haibun and related genres for over two decades. He is the founder and editor-in-chief of The Haiku Reader anthology series, and The Blo͞o Outlier Journal.

We offer single or flexible two or three hour sessions of one-to-one feedback. For more details and to book, please click here: Bookings. Then email us with your work, or to request a Skype/Zoom.

Alternatively drop us a line if you have any questions or would like guidance on what type of session to book. You can contact us here: Contact Us.

He holds a Masters Degree in Creative Writing from Bath Spa University (U.K. 2007-2008), and a Diploma for Creative Writing from the University of Bristol (U.K. 2000-2001). Alan is an essayist, article writer, critic, book reviewer, co-founder and founder of various haikai journals, as well as co-editor of a number of haiku and short verse anthologies. He has been an international competition judge as well, though has stepped down from this as he sees and advises on so many haiku over each year!

Alan has co-founded ground-breaking haiku journals such as Haijinx-haiku with humor (2001), and Bones Journal (2012) for six volumes, and acted as haibun editor for the British Haiku Society’s  Blithe Spirit journal during 2018. He is the founding editor of
The Haiku Reader anthology series that started in 2022, and founding editor of Blo͞o Outlier journal (2020 onwards) that rotates its focus of themes around haiku, haibun, senryu and tanka.

Alan’s own work has appeared in highly respected journals in Japan, USA, Canada, UK, India, Australia and New Zealand, and elsewhere internationally, as well as in anthologies including Haiku World: An International Poetry Almanac by Kodansha International, Japan, edited by William Higginson back in 1996, and Haiku in English: The First Hundred Years (W. W. Norton 2013) and many more since. He was filmed by NHK Television (Japan) for “ Europe meets Japan - Alan's Haiku Journey” : https://tinyurl.com/AlanHaikuJourneyNHK