Call of the Page (formerly With Words) is a small creative writing, literature and literacy organisation with an international outlook, based in Wiltshire in the South West of England.

We love the power of words, from single words, to three-thousand verse community poems, and this is reflected in the past events of With Words and its colleagues.

The courses, events and activities we run are largely coloured by our enthusiasm for Asian poetry forms, particularly the Japanese forms haiku and tanka.  Other forms that interest us are haibun, sonnets, renga, and longform poetry.

Our mission is to help people to make the most of words - whether that's through advanced creative writing or discovering the meaning and power in just one word.

We have the pleasure of working with some really talented writers, but it's also very rewarding for us to help advance verbal and written literacy in those who are currently underserved through educational circumstance, or are underconfident in the literacy they already have.

We currently operate under the "sole trader" status of Alan Summers. Our medium-term plan is to establish official not-for-profit status as a Community Interest Company.

We hope you enjoy exploring the Call of the Page website.

You can also find us on our new Call of the Page Twitter page:

A Short History of Call of the Page

Before Call of the Page, there was "With Words" which was founded in 2008 by Alan Summers after he completed his MA in Creative Writing from Bath Spa University.  Since then With Words has been involved with events at literature festivals around the UK from Falmouth up to Aberdeen.  Alan has worked with people aged 3 (as poet-in-resident at The Bristol Festival of Nature) to 99 and three quarters (with Herefordshire Mobile Library Service).

Kathy Hogan and Karen Hoy later joined With Words part-time to help with admin, marketing, and course and event design.

Our course and event participants range from literacy learners to award-winning writers of numerous genres exploring new areas of poetry with us.

With Words went international with its first online class in early 2012, and now we regularly have participants from the USA, Canada, Australia, New Zealand, India, and other English-speaking corners of the world.  Some of our students are even writing in English as their second or third language.

In 2016 With Words officially became Call of the Page. 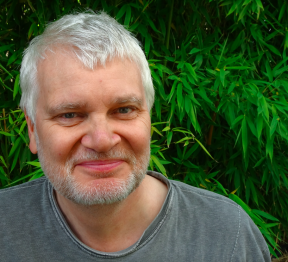 Alan is a Japan Times award-winning writer, and multi-award winning poet for haiku, plus a Pushcart Prize, and Best Small Fictions nominated poet for haibun.

In September 2015 NHK TV of Japan made a documentary about Alan's work:

He has extensive experience as a tutor and workshop facilitator in both live and online settings. Alongside this he’s also an experienced editor for anthologies and journals. Alan’s been an essayist, article writer, critic, book reviewer, international competition judge, co-founder, and founder of various haiku & haibun journals.

Alan is currently editor-in-chief for The Haiku Reader anthology series, and will be opening with the first presentation at the Haiku Society of America’s 2022 National Virtual Conference (Saturday, June 4, 2022) taking questions about the anthology. 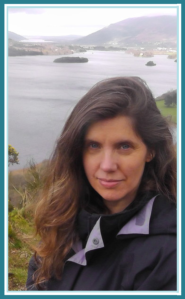 Karen is the Call of the Page Course Director, as well as a tutor in her own right.  She has had haiku appear in various respected haiku journals, and in anthologies including Another Country, Haiku Poetry from Wales (ISBN: 9781848513068 Gomer Press 2011) edited by Nigel Jenkins, Ken Jones, and Lynne Rees (Gomer Press 2011) showcasing the haiku pioneers of Wales, U.K.

Karen also appears in My Mother Threw Knives (Second Light Publications 2006); and was Highly Commended in the BBC Wildlife Magazine's Nature Writer of the Year competition (2009).

In May 2017 she appeared in Stairs and Whispers: D/deaf and Disabled Poets Write Back edited by Sandra Alland, Khairani Barokka and Daniel Sluman (ISBN: 9781911027195 Nine Arches Press 2017) which is "packed with fierce poetry, essays, photos and links to accessible online videos, this book showcases a diversity of styles, opinions, and survival strategies for a world that often works to shut D/deaf and Disabled people down".

Karen has a Diploma in Creative Writing from Bristol University.

As well as a poet and short story writer, Karen is a film-maker and has worked on documentaries and wildlife films for the BBC, National Geographic, the Discovery Channels and other leading broadcasters.

Please click here to sign up for occasional emails and newsletters from Call of the Page. Thank you!